YOUR FRIENDS AT JACK DANIEL'S ENCOURAGE YOU TO PLEASE DRINK RESPONSIBLY. 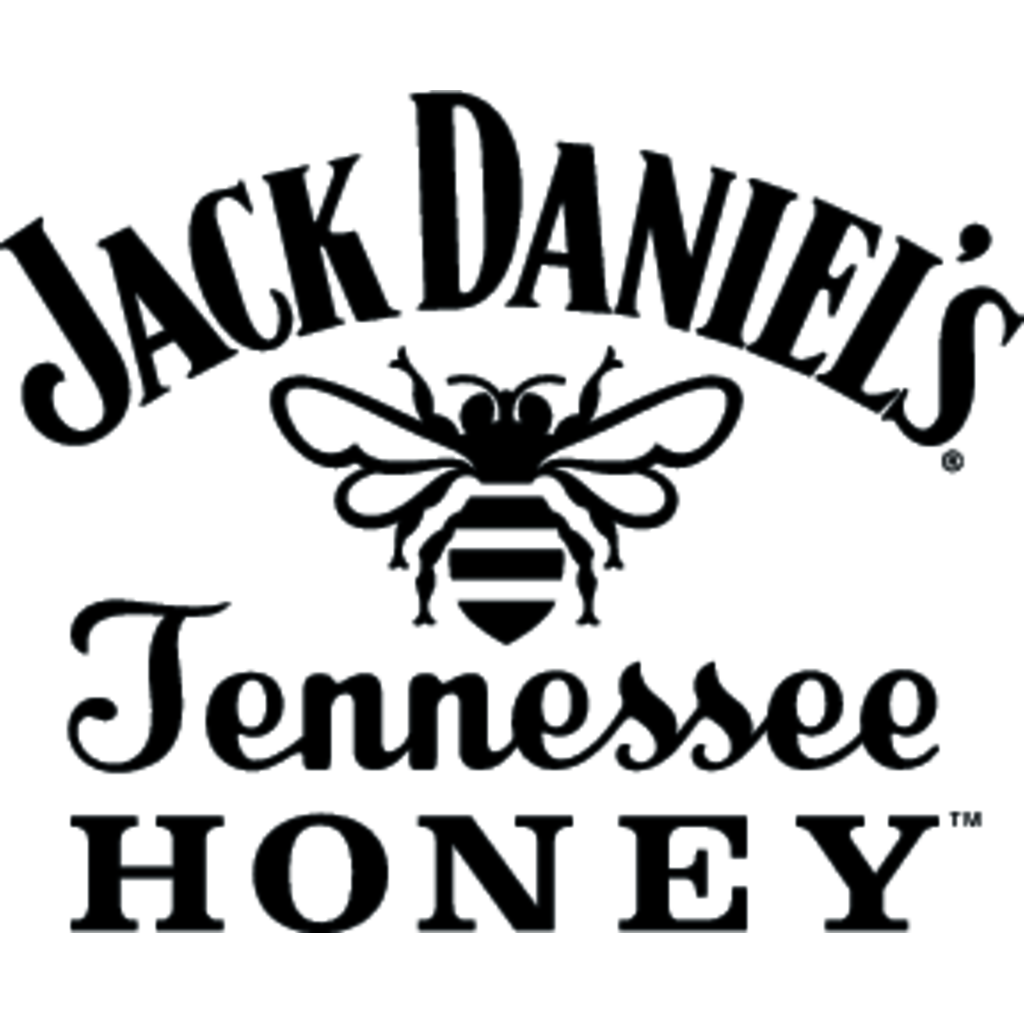 LOUISVILLE, KY October 21, 2015 – Jack Daniel’s Tennessee Honey announces a partnership with Completely Fresh Foods on a selection of ready-to-eat barbeque meat entrees. This partnership is an extension of the 2009­­ collaboration between the two companies for the Jack Daniel’s Old No. 7 brand.

The initial roll-out of­­ ready-to-eat offerings features a variety of honey barbeque options including pulled pork and chicken, beef brisket, ribs and both chicken and beef strips. These items are currently available in select stores with additional options to follow. All varieties are prepared with the special flavoring of Jack Daniel’s Tennessee Honey whiskey.

Just in time for football season and holiday entertaining, these new offerings will add quick and easy options to any menu. Jack Daniel’s Tennessee Honey ready-to-eat meat entrees are currently available at Walmart stores across the country, with plans to roll-out additional retail locations next year.

“We’re just getting started.” said Josh Solovy, President of Completely Fresh Foods, regarding the collaboration with premium crafted meats and Jack Daniel’s. “The essence of Jack Daniel’s Tennessee Honey brings a delicious combination of sweet and savory flavors together in every bite.”

Completely Fresh Foods (CFF) is a privately held food processor and distributor of fully cooked beef, chicken and pork products located in Vernon, California. CFF services the retail grocery industry nationwide and is a division of Golden West Food Group. The Jack Daniel’s Tennessee Honey brand name and trademark are used under license from Jack Daniel’s Properties, Inc., with exclusive use for beef, pork and poultry in the retail sector. For more information on our exciting family of licensed meat products, contact Tony Cimolino, Chief Marketing Officer, Completely Fresh Foods at 323-581-3663, tonyc@gwfg.com or visit our website at www.gwfg.com. 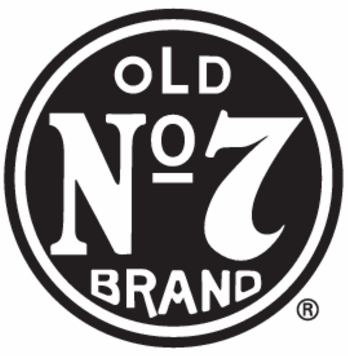 LOUISVILLE, Ky. (Oct. 14, 2015) – Jack Daniel’s Tennessee Whiskey was recently named the most valuable distilled spirits brand in the world by the “2015’s 100 Best Global Brands” by Interbrand, an independent brand consultancy, marking it as a global leader in financial performance and consumer engagement. The Best Global Brands report ranks Jack Daniel’s as the 84th most valuable overall brand in the world with an estimated total value of $5.161 billion, a 6 percent increase over the previous year.

Internationally recognized as a definitive guide to the world’s most valuable brands, the annual Best Global Brands report ranks companies based on a number of quantitative and qualitative measures. It includes a comprehensive look at financial investment and management of the brand along with the ability to generate consumer excitement and interaction across borders.

For more information and a complete list of the 2015 Best Global Brands, visit www.bestglobalbrands.com

“The spirit of Jack Daniel’s transcends cultures and country lines,” said Mark McCallum, executive vice president and president of Jack Daniel’s Brands. “As we continue to grow internationally, we’re incredibly honored and excited to be recognized as one of the 2015 Best Global Brands.”

The 2015 Best Global Brands report ranks Jack Daniel’s as the most valuable spirit brand in the world, and the second most valuable adult beverage brand.

The partnership originated from the organic consumer trend of mixing RumChata with flavored whiskies such as Jack Honey a.k.a. “Honey Chata” and Jack Fire a.k.a. “Cinnamon Toast.” The campaign will introduce an aligned drink strategy across each brand’s communication strengths.

“Partnering with RumChata is an excellent and organic way to build on the existing popularity and success of Jack Fire and Jack Honey in the U.S.,” said Casey Nelson, Brand Director Jack Daniel’s Flavors. “We look forward to providing consumers a new way to enjoy their favorite flavored whiskeys with RumChata – a one of a kind cream liqueur.”

The year-long campaign will consist of co-branded print and trade ads in lifestyle and beverage publications, dual/triple branded tool kits, an increased trade and consumer media spend, and On Premise National Account menu placements. Both brands will also create and promote unique recipe videos on YouTube as well as seasonal cocktails featuring Jack Daniel’s and RumChata.

“As a young brand, RumChata is very honored to be partnering with such an iconic spirit like Jack Daniel’s,” said Tom Maas, RumChata founder and master blender. “We are very excited that consumers’ and bartenders’ love for both of our brands have brought us together.”

RumChata’s proprietary mix of five times distilled Caribbean rum, fresh dairy cream, cinnamon, vanilla and other spices from around the world lends itself to a unique mixability with Jack Honey and Jack Fire. Since its launch in 2009, it has surpassed the volume of other liqueur staples like Bailey’s and Kahlua in many U.S. markets, reaching sales of 540,000 cases in calendar year 2014. Last year, it won the Beverage Information Group Growth Brands Award for the fifth year in a row, a Fast Track Brand Award and an IMPACT Hot Brand Award for the third year in a row.

The award-winning RumChata is the world’s #1 selling rum cream. It is a product of Agave Loco Brands, LLC and produced and bottled in Pewaukee, Wisconsin where it gets its fresh dairy cream from cows right down the road. More than 19 million bottles of RumChata have been shipped since launching in 2009 and is now available in all 50 states, Canada, the U.K., Mexico, Australia and the Caribbean. 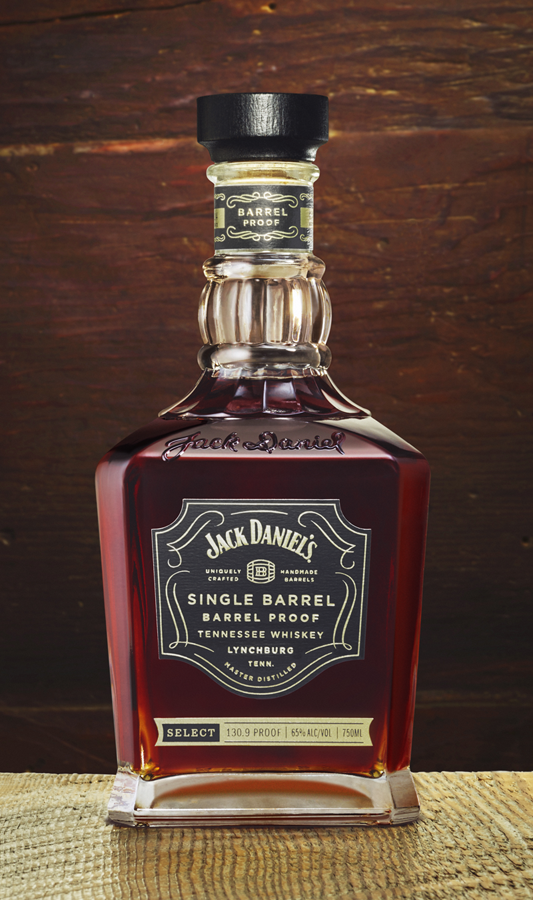 LYNCHBURG, Tenn. (July 15, 2015) – The Jack Daniel Distillery ​announces the nationwide release of the brand’s first-ever barrel strength offering ​within the coveted Single Barrel Collection, Jack Daniel’s Single Barrel Barrel Proof​. The newest member of the Jack Daniel’s Family of Brands will hit shelves in August and will be available across the U.S.

“As master distiller at Jack Daniel’s, I get the privilege of traveling to the top floors of our barrelhouses in Lynchburg and hand drilling individual barrels. This provides me the rare opportunity to taste Jack Daniel’s Tennessee Whiskey in its purest form; unfiltered and uncut,” said Jeff Arnett, Jack Daniel’s Master Distiller​.

“I’m always amazed at the intensity of the aromas and the deep amber colors, and yet at the same time, the exceptional smoothness of the whiskey at this higher proof point. After years of thinking about and discussing a barrel proof offering from Jack Daniel’s, we believe that now is the perfect time to make this available to all of our friends around the world. I’m confident that everyone will be as impressed as I was the first time I tasted this unique form of Single Barrel whiskey.”

Barrel Proof is crafted using the same cave spring water from the Jack Daniel’s Hollow, proprietary yeast and charcoal-mellowing process that’s been used in the distillery’s nearly 150-year-old Tennessee Whiskey recipe. From there, the liquid enters a charred White American Oak barrel, forged within Jack Daniel’s very own cooperage and set to age in the upper regions of the barrelhouse. In this resting place, the whiskey is exposed to the extreme temperature variations that a Lynchburg, Tennessee season brings. The interaction of the whiskey, the wood and the environment creates nuances from barrel to barrel to bring out distinct flavor profiles that transcend the expected to become ‘Barrel Proof.’

Barrel Proof takes the flavor range of sweet vanilla and toasted oak that has become the Jack Daniel’s trademark to a whole new level. Although every barrel is slightly different, each offers a great intensity and complexity with an exceptionally smooth finish. These are the key characteristics of a whiskey that has been fully matured in a superior quality toasted and charred oak barrel. Barrel Proof is a surprisingly robust whiskey that brings something unique to the palates of Jack Daniel’s friends and whiskey enthusiasts alike.

Jack Daniel’s Single Barrel Barrel Proof will be available nationwide beginning August 2015. The product will be priced approximately $65.00 per 750ml. 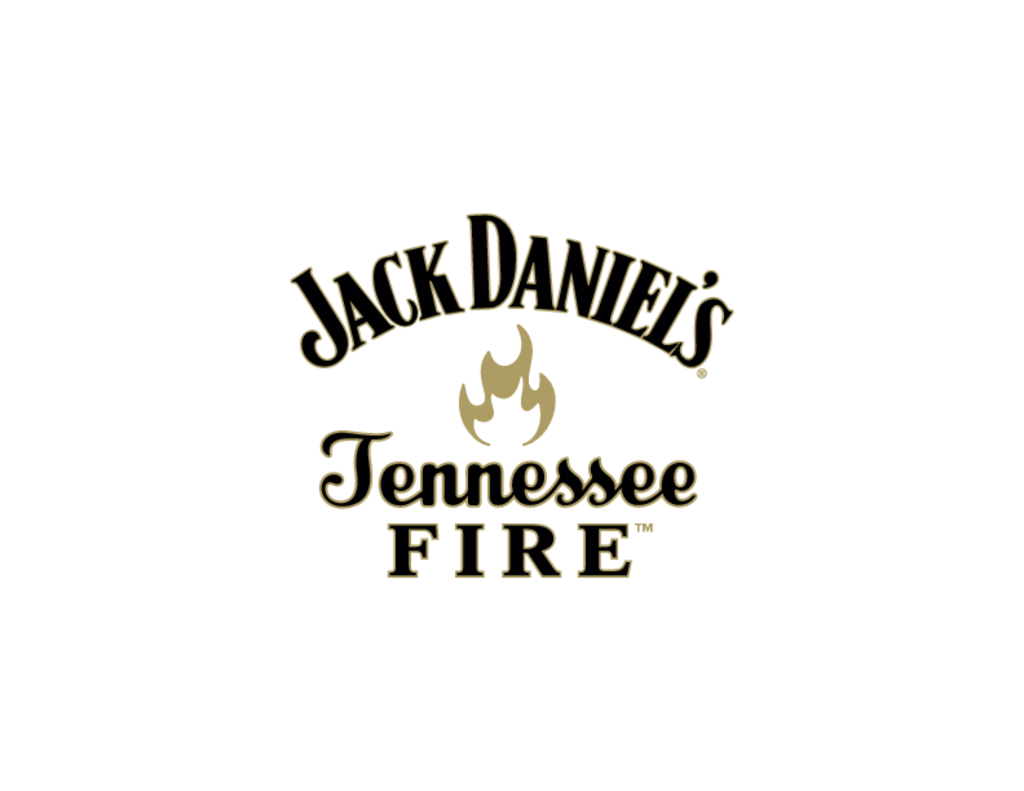 Jack Fire brings together the distinctive character of Jack Daniel’s Tennessee Whiskey with a red-hot cinnamon spice liqueur. The result is a sweet, hot-cinnamon kick that complements the smooth and delicious taste of Jack Daniel’s, giving a unique finish full of unmistakable character.
The brand’s first flavor variation, Jack Daniel’s Tennessee Honey, exploded onto the scene in the spring of 2011 and has since become one of the most popular flavored spirits in the U.S. The brand will now offer existing fans and newly interested consumers another flavor option, continuing to build on their esteemed portfolio.

It all starts with a distinct mingling of Jack Daniel’s Old No. 7 Tennessee Whiskey and Jack Daniel’s very own cinnamon liqueur. The result: a classic spirit that delivers a smooth, delicious finish and upholds the quality taste that Jack Daniel’s friends have come to expect. Jack Fire was first offered in April 2014 in three select markets Oregon, Pennsylvania and Tennessee. Due to positive consumer response, the spirit was released in five more markets – Georgia, Illinois, Michigan, South Carolina and Texas.

“Mr. Jack himself was a true innovator and always followed his own path,” said Phil Epps, Vice President, Group Brand Director of Jack Daniel’s. “We believe we have developed a product that Jack himself would be proud of and worthy of the name ‘Jack Daniel’s.’ We hope that our many friends around the country will enjoy this new offering.”

LYNCHBURG, Tenn. (September 25, 2014) — In honor of its 150th Anniversary as America’s oldest registered distillery in 2016, the Jack Daniel Distillery today petitioned the U.S. Postal Service to create a new stamp in tribute to the founder, Jasper Newton “Jack” Daniel.

In its letter of request to Postal Service’s Citizens’ Stamp Advisory Committee, the distillery said that the request for a Jack Daniel stamp met the subject selection criteria, including being an American, honoring those men and women who have made extraordinary contributions to American society and celebrating events of historical significance.

“Mr. Jack was a remarkable man and we think a stamp would be a fitting tribute,” said Jeff Arnett, only the seventh Master Distiller for the famed whiskey maker. “Jack’s life is a classic American story, setting out on his own at an early age to become the founder of what would become our country’s oldest registered distillery.”

Arnett pointed to recent stamp subjects under consideration by the Postal Service who have influenced popular culture in America and said that “Mr. Jack would fit right in” with those other icons.

Jack Daniel created a brand that holds a unique place in history and popular culture. Sold in more than 160 countries around the globe, Jack Daniel’s Tennessee Whiskey is a symbol of America’s independent spirit and small-town ingenuity. His whiskey has graced the stage with countless musicians beginning with the “Chairman of the Board,” Frank Sinatra, to sharing the spotlight in numerous Hollywood films.

Established and registered by the U.S. Government in 1866, the Jack Daniel Distillery is the oldest registered distillery in the United States and is listed on the National Register of Historic Places. Every year about 250,000 people tour the distillery and visit the small town of

Lynchburg, Tennessee, where Jack Daniel lived until his death in 1911.